Welcome to MDC Specialists, we are your local Painters in Hollywell. We're focused on making house into homes by providing all aspects of decorating and cleaning services. We want you to feel relaxed and be able to enjoy your home, inside and out, and will do everything we can to exceed your expectations. 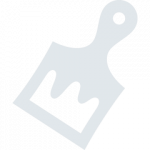 Has your home seen better days? Does your exterior need a freshen up? Or perhaps you've got a mould outbreak that you've been dealing with? Whatever the case, our highly skilled team here at MDC Specialists Hollywell can help. With us, you can expect friendly and reliable service and finishes that are second to none. Our professional painters take immense pride in their work and listen to your ideas to bring them to life. Contact us today to get started, we offer free colour consultations and quotes.

Hollywell is a coastal suburb made up of a modest population of just under 3,000 people. It is nestled on the calm waters of the Gold Coast Broadwater to the east and situated between Runaway Bay and Paradise Point.

Almost one-third of the Hollywell is made up of man-made canals and bordering the suburb is a large marina. While there are no schools here there are several primary and secondary schools nearby. Hollywell has two boat ramps and Hollywell Fire Station is here also. Its close proximity to major shopping centres and recreational activities makes it a popular suburb to live in.